Yellow anacondas, belonging to the Boa subfamily, are one of the largest and heaviest snakes in the world, though it is much smaller than their closest relatives, the green anaconda. Also known as the Paraguayan anaconda, this species is native to different parts of South America. Their preference for watery habitats earns them the name ‘water boas’, which they share with the other members of the Eunectes genus.

Yellow anaconda usually grows around 10 feet (3 meters) on average. Females are significantly larger and heavier than males, who grow only about 5-7 feet (1.2-2 meters) in length. On the other hand, females have been reported to be as long as 15.1 feet (4.6 meters).

They are one of the few true yellow snakes, with the overall color varying from brownish-yellow to golden tan and greenish-yellow, scattered with brown to black spots, blotches, stripes, and saddle-shaped marks.
These markings get smaller and lighter around their sides and towards their bellies.

They have a blunt head, with black or brown streaks running towards the back of the head, from around the eyes. Anacondas have four rows of sharp teeth on their upper jaw, mainly used for holding their prey in place while killing them by constriction.

Like all anacondas, these snakes are non-venomous constrictors and can be aggressive predators. Though individuals bred in captivity are supposed to be less aggressive and somewhat docile than their wild counterparts, even they are infamous for their unpredictable behavior towards humans.

Despite all this, their popularity as pets increased their demand in the pet trade, causing them to be imported and introduced into non-native habitats. The snake threatens to become invasive in certain areas, like the Florida Everglades, mainly due to specimens freed into nature by pet owners. So, since 2012, transporting them across state lines has been banned by law.

Apart from pet trading, they are also harvested for their skin.

Yellow Anacondas at a Glance

The Paraguay and Paraná River basins and their tributaries, as well as the Bolivian and Brazilian Pantanal regions, all the way to northeastern Argentina and northern parts of Uruguay

They are quite long-lived, with an average lifespan of 15-20 years in captivity.

Juveniles and occasionally the adults can be killed by larger anacondas, cougars, jaguars, caimans, certain mustelids, foxes (e.g., crab-eating fox), and some raptors

They can hunt by ambush, as well as by active foraging.

The litter size can vary from 4 to 82 babies, an average of 10-40. The gestation period lasts 6 months, and the female snake leaves the babies alone after giving birth. The young snakes can survive independently, becoming sexually mature when they reach 3-4 years.

Temperament: As mentioned above, they can be unpredictable and aggressive. Pet snakes can end up biting their owner if handled too much or in an improper way. Their bites, though painful, are not deadly. Yellow anacondas do not make good pets for inexperienced keepers.

Size of the Enclosure: A 15-20 gallon terrarium for a juvenile snake; the tank size for adults depends on their size, but on average, they need a 6×2.5×1.5 feet enclosure.

Temperature: 81℉ – 83℉ on average; basking spot temperature should be around 90℉ during the day, dropping to 86℉-88℉ at night.

Humidity: 60 to 70 percent, along with a large water tray where they can fully submerge 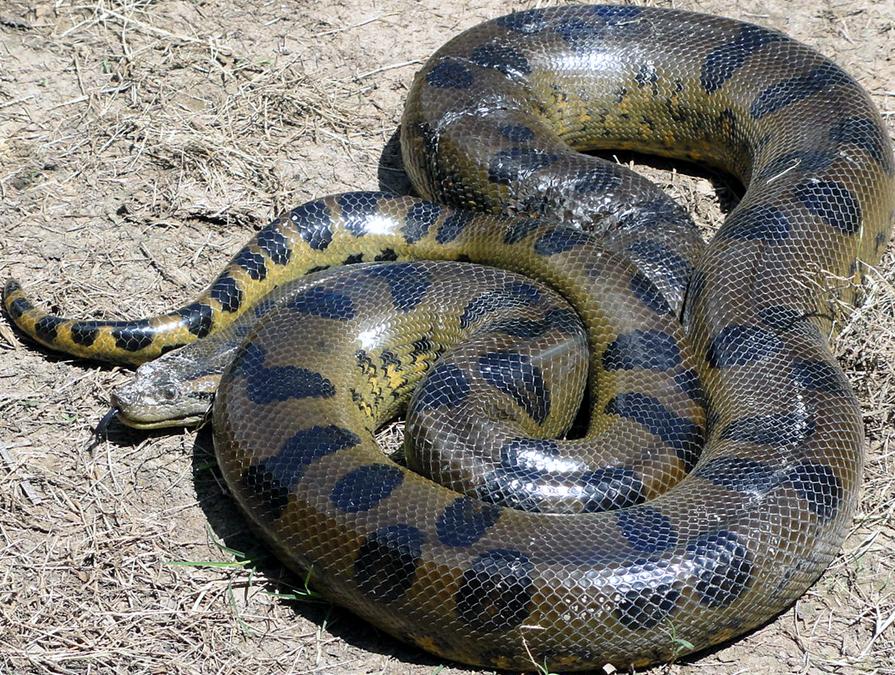