The boa imperator is a big, heavy-bodied snake of the boa family that is also known by the names boa constrictor imperator, northern boa, common boa, common northern boa, and Colombian boa. Its calm nature, impressive size, and various colors have made it a common pet. It is native to Central and South America.

This snake has two recognized subspecies.

It can be bred into various colored morphs given the right conditions. The common ones are listed below

Being distributed in a vast geographical region, the appearance of the boa varies greatly depending on its locality. The base body color is generally cream, brown, or gray with a brown or reddish brown saddle pattern that becomes more pronounced towards the tail. Its tail is mainly of a darker color, usually very dark red or dark brown.

The population from Cayos Cochinos (Hog Islands) is very lightly colored though they have the same dark-colored tail, the color of which varies from salmon pink to orange. The individuals from Nicaragua are much smaller in size than their Colombian counterparts. They sport a compact saddle pattern on their backs that is mostly circular.

When threatened, boa imperators will strike. Though the bite can be painful, it rarely poses any danger to humans. The Central American species are more hot-tempered, hiss loudly, and repeatedly strike when disturbed, while those from South America can be tamed more easily. Like all snakes, their temperaments can be more unpredictable when they are in their shed cycle as they cannot see properly, making them act more defensive.

As pets, they are very docile and can tolerate handling for long periods. They enjoy being held and often seek a spot on your arm or shoulders to enjoy your body warmth.

Boa Imperators at a Glance

It is found in Mexico, Central and South America, west of the Andes (mainly Colombia), and several islands along their coasts.

They prefer living in rainforests due to their humidity levels, temperature, protective cover from predators, and availability of adequate prey.

Jaguars, crocodiles, and humans are their primary threats.

The crepuscular ambush hunters prey on mammals, lizards, and birds by constricting them.

The population in Florida usually breeds in the dry season of April-May. They give birth to 12-64 babies of 40-50 cm length in July-August. In the southern hemisphere, the breeding occurs at the corresponding times of the year.

The young ones are semi-arboreal, climbing on shrubs and trees to forage but grow to be more terrestrial as they become older.

Boa constrictors, Boa constrictor constrictor, or red-tailed boas, are bigger, lighter in color, and have more vivid red tails than the boa constrictor imperators. The population of the former is less widespread than the latter, and their geographical distribution differs too.

Temperature: The temperature on the cool side of the terrarium shouldn’t fall below 75°F. The warm side should be 85°F, and a hot spot of 90°F should be provided.

Humidity: The humidity level in the cage should be 60-70%. Including a water bowl is necessary.

Substrate: You can keep this boa in different types of substrates that don’t hold on to humidity. Common choices are brown or white butcher or wrapping paper, newspaper, aspen, and cage carpet. 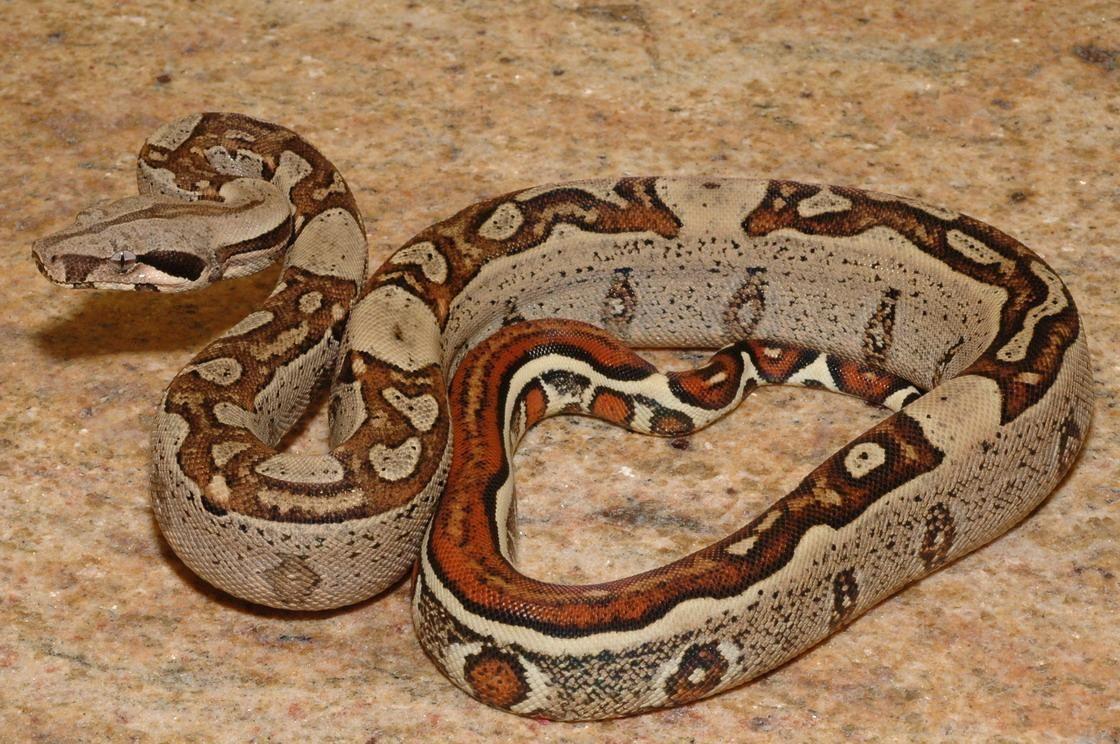