The tiger keelback, also known as yamakagashi and kkotbaem is a native of east and southeast Asia. It is a solitary, diurnal, semi-aquatic, rear-fanged snake that is both venomous and poisonous. But it is mostly docile and doesn’t cause harm until caught or touched.

This snake has only one subspecies recognized by many sources but not the Integrated Taxonomic Information System (ITIS).

The dorsal side of the colubrid is olive-drab green with bright orange and black crossbars or spots running down from the neck to the first 1/3rd of the body. The ventral side is whitish in color.

When threatened at cooler temperatures, it flattens its neck and body and lies still. For protection, it relies heavily on the secretions of a pair of glands located in its neck region that secrete steroidal toxins collected when it eats poisonous toads. So they just arch their necks to present the nuchal gland area to the attacker to fend him off. At higher temperatures, it tends to flee instead. As it prefers displaying the said defensive behaviors rather than striking, very few deaths have been reported from its bite, though the snake is venomous.

Another possible reason why it hesitates to strike could be the location of its fangs at the back of its mouth that make it difficult to make a perfect strike at a big object. If it strikes, which can happen if the snake is stepped on or grabbed, it can have dangerous effects.  Its venom is very strong and can be lethal as it causes blood to coagulate.

Tiger Keelbacks at a Glance

The tiger keelback is speculated to have a long life but has no recorded lifespan.

Many mammals and birds are thought to prey on this snake as it has good defense mechanisms in place.

The tiger keelback eats small vertebrates, particularly toads and frogs. It forages using its eyes, tongue, and sense of smell.

A female lays 18-22 eggs between late July and August. The young hatch in August-September measuring 5.9-6.7 in (15-17 cm) in length. They grow fast and reach sexual maturity at just 1.5 years of age. 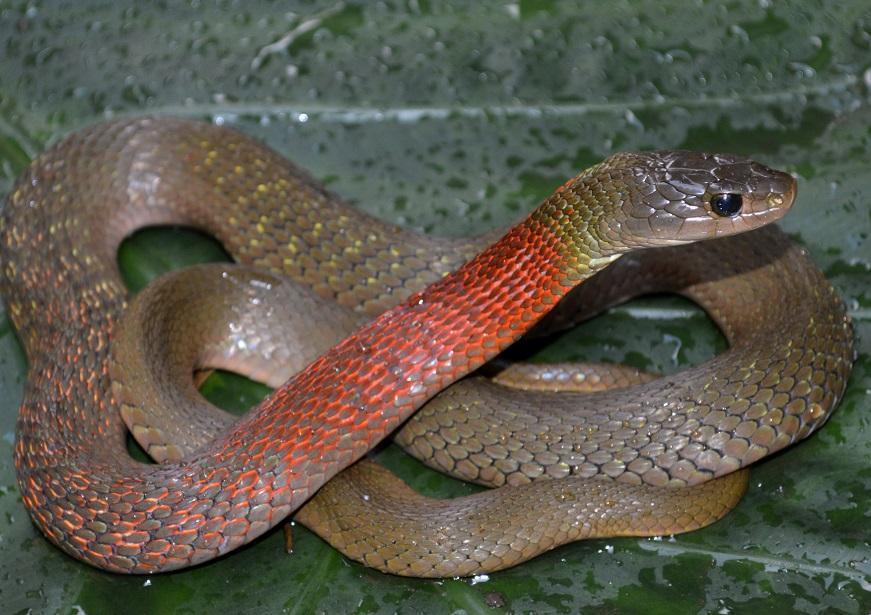