The scarlet kingsnake, alternately called the scarlet milk snake, is a kingsnake species found in the eastern and southeastern parts of the U.S. Like other kingsnake species, this one, too, is nonvenomous, mostly inhabiting pine, hammock, and oak forests alongside suburban habitats. Their generic name Lampropeltis is a portmanteau of the Greek words’ lampros‘ and ‘peltas,’ meaning ‘shiny’ and ‘shield,’ respectively. Their specific name, ‘elapsoides,’ is a Latinized version of elops, a Greek word meaning coral. The scarlet kingsnake was considered the milk snake’s subspecies until the latter part of the 20th century. Pyron and Bubrink demonstrated this species’ phylogenetic distinction (evolutionary development) and established that it was the mountain kingsnakes’ close cousin.

They are smallest among all species of the Lampropeltis genus reaching to lengths of 16-20 inches at maturity. The largest scarlet kingsnake species grew to around 30 inches and was found in the city of Jonesboro in Arkansas. The hatchlings are even tinier, 3-7 inches long.

They are tricolored with a pattern of black, white, and red. Combined with this are yellow bands or rings encircling their body. The juveniles lack yellow rings and have black, red, and white bands. The yellow bands develop upon maturation and vary in shades from lemon yellow to apricot to tangerine. It darkens in adults with age.

Because of the similarity in coloration, the scarlet kingsnake mimics the venomous coral snake. This is known as Batesian mimicry, in which a harmless species imitates certain mechanisms and mannerisms of a harmful species to defend itself from predators.

The primary way to distinguish the two is by the arrangement of the bands. In the scarlet kingsnake, the red and yellow patterns never touched, unlike the coral snake’s color.

Because of the similarity in coloration the scarlet kingsnake mimics the immensely venomous coral snake. This is known as Batesian mimicry in which a harmless species imitates certain mechanisms and mannerisms of a harmful species to defend themselves from predators.

The basic way to distinguish the two is by the arrangement of the bands. In the scarlet kingsnake the red and yellow patterns never touched, as opposed to the color of the coral snake.

They aren’t aggressive and dangerous to humans. The scarlet kingsnake may bite if threatened, which isn’t harmful, though, since they lack fangs.

Scarlet Kingsnake at a Glance

They inhabit the southeastern and eastern parts of the U.S. in Kentucky, Virginia, Florida, and Tennessee.

They have diverse habitats and prefer moist and warm areas. One could spot them near pine flatwoods, pine-oak forests, pine savannas, hydric hammocks, cultivated fields, and various suburban habitats.

In captivity, they live for 20 to 30 years, a little less in the wild.

They may be preyed upon by raccoons, skunks, coyotes, and foxes.

They feed on mice, lizards, and smaller snakes, killing them by constriction.

The scarlet kingsnake is polyandrous, with single males mating multiple females and vice versa. They breed from March to June, with females laying 2 to 8 eggs in a single clutch under debris or rotten logs. The eggs hatch in the period between July and November. The incubation period of the eggs is between 40 and 60 days.

One could keep them as pets, though these snakes aren’t suited for beginners. They require good care that experienced pet owners can provide.

Size of the enclosure: A 10-gallon terrarium with a secure lid is ideal. Some owners prefer bigger enclosures, around 20 gallons having a lid on top to prevent escape.

Temperature: A room temperature ranging between 75°F and 85°F is ideal.

Feeding: They are picky about their food. Some wouldn’t eat anything but living lizards. A few could accept mice or thawed lizards.

In the Harlequin coral snake the red and black bands are separated from each other by yellow rings. On the other hand, in the scarlet kingsnake the yellow rings lie in between the black bands.

The scarlet snakes are different in a way that the bands don’t circle the entire body. Their belly is creamy white sans the patterns, while their snout appears red and pointed.

They were referred to in films like Snake on a Plane (2006) and The Mummy Returns (2001). In the 5th season of the famous British television sitcom Peep Show, Super Hans rented out a scarlet kingsnake for being used at a house party. 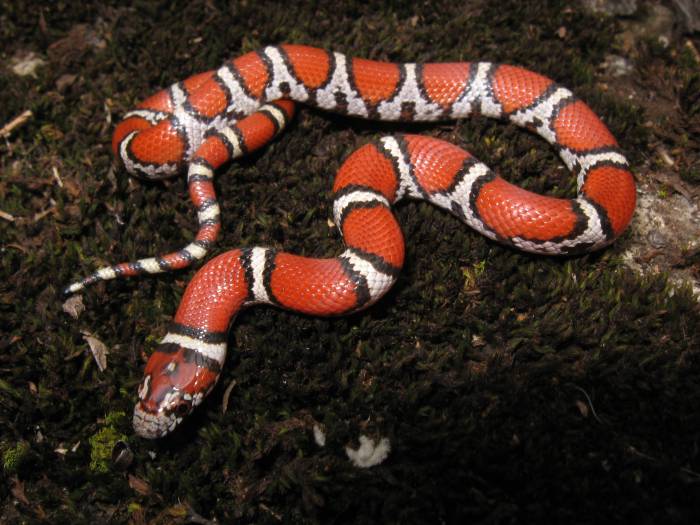 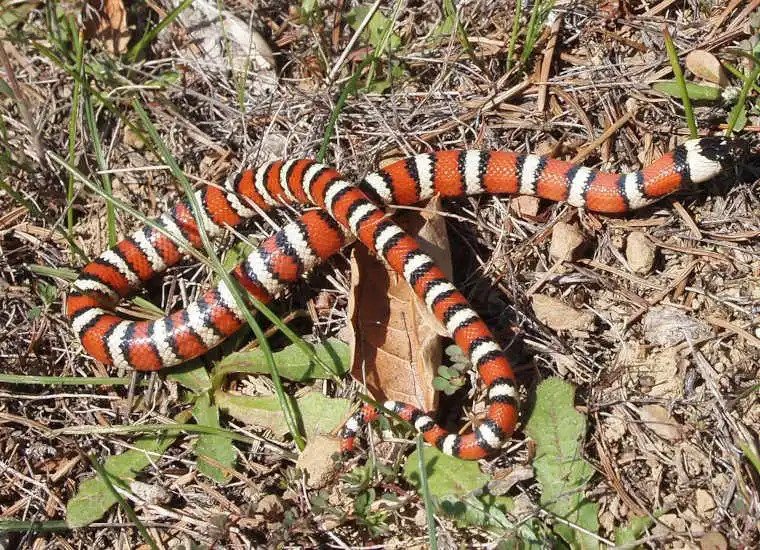 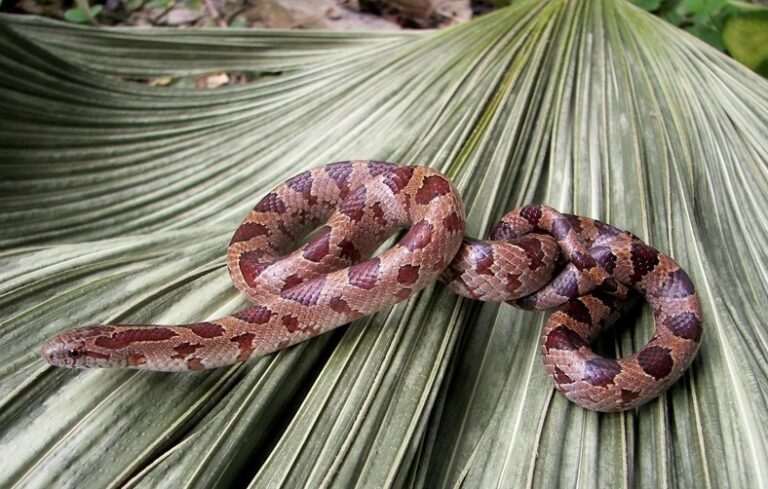 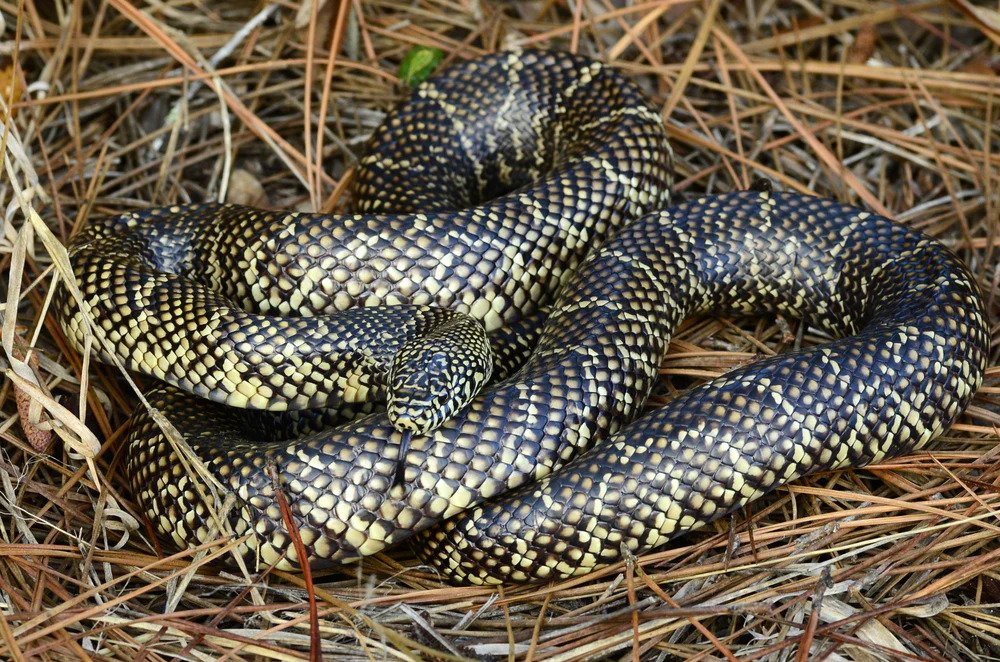