The salt marsh snake is a medium-sized semi-aquatic colubrid. Its specific name, clarkii, is in honor of Henry Clark, an American surveyor, and naturalist. Though it lives in saltwater environments, it doesn’t drink saltwater. It is because it has no salt gland to get rid of the salt it eats. It fulfills its water requirements from its prey and rainfall.

The individuals vary a lot in their colors and patterns. They can be tan, gray, brown, grayish-olive, rusty orange, or yellow, with variable patterns of brown to black stripes running along their bodies. Some may have no stripes, and some individuals may be almost fully black.

This docile, non-aggressive, secretive species avoids direct contact with humans. They may bite to defend themselves if threatened. But being non-venomous, it doesn’t pose any danger.

Salt Marsh Snakes at a Glance

It is endemic to the southeastern US, along the Gulf of Mexico, stretching from Florida to Texas. It can also be found in northern Cuba.

The salt marsh snake lives for about 20 years.

Egrets, crabs, and herons are their predators.

The nocturnal snakes hide in crab burrows in the mud or sand and shoreline debris to avoid predators.

Its diet includes crabs, small fish, shrimp, and other invertebrates.

It mates in early spring and gives birth in July and August. A single litter can have a maximum of 44 juveniles having lengths of 9.5 inches (24.5 cm) at birth.

The Southern water snake, Nerodia fasciata, has wide, brown, black, or red cross bands running down its back with a dark stripe extending from its eye to the jaw angle. Also, it is a freshwater snake. 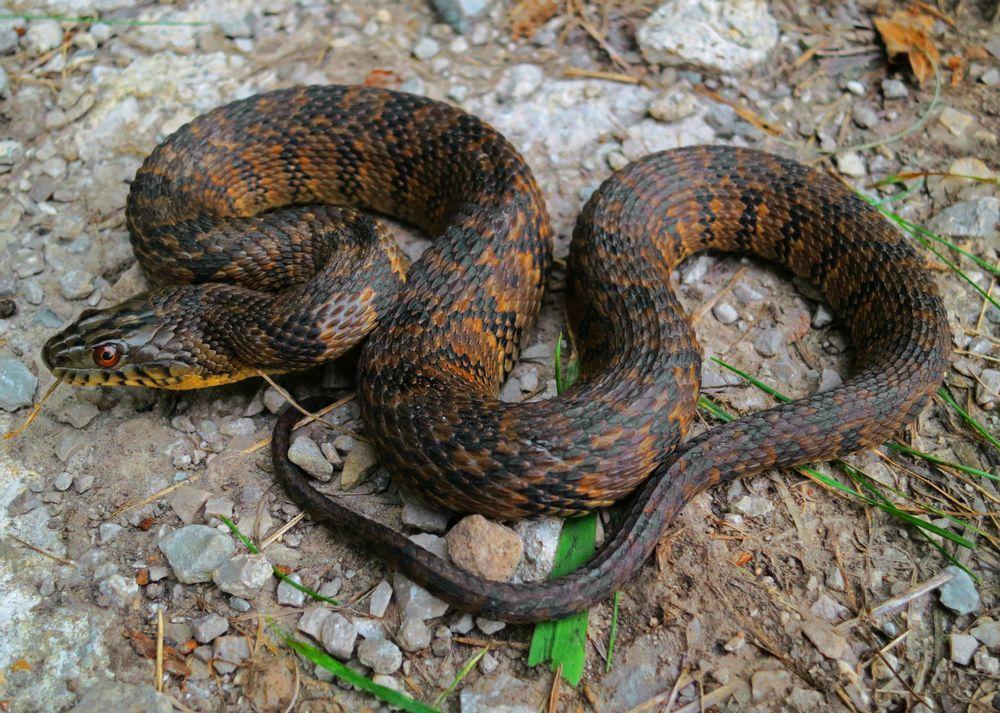 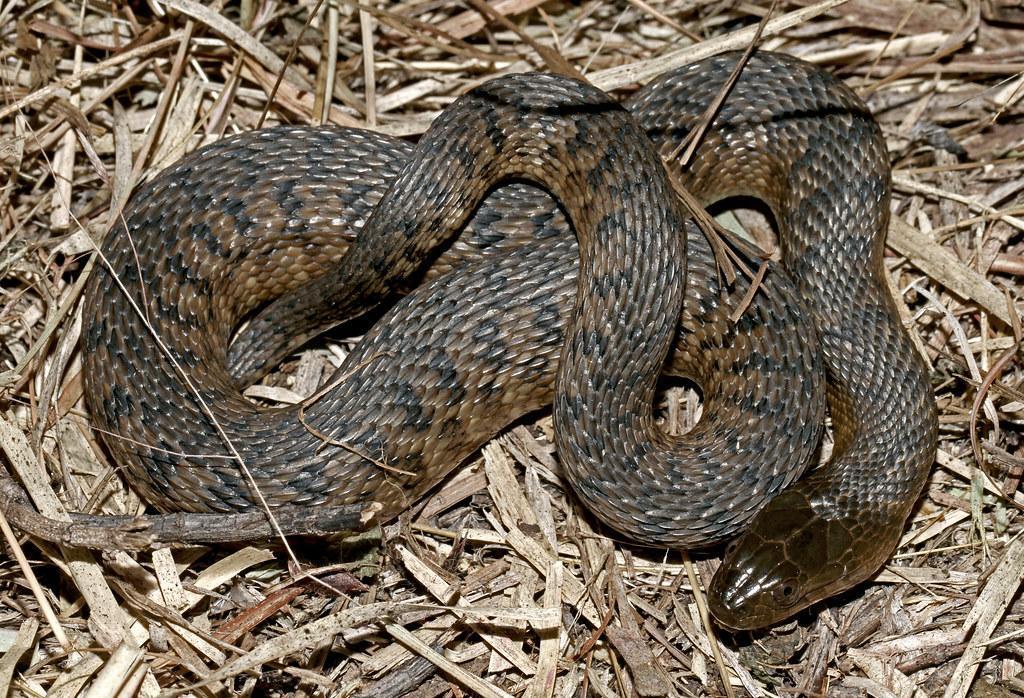 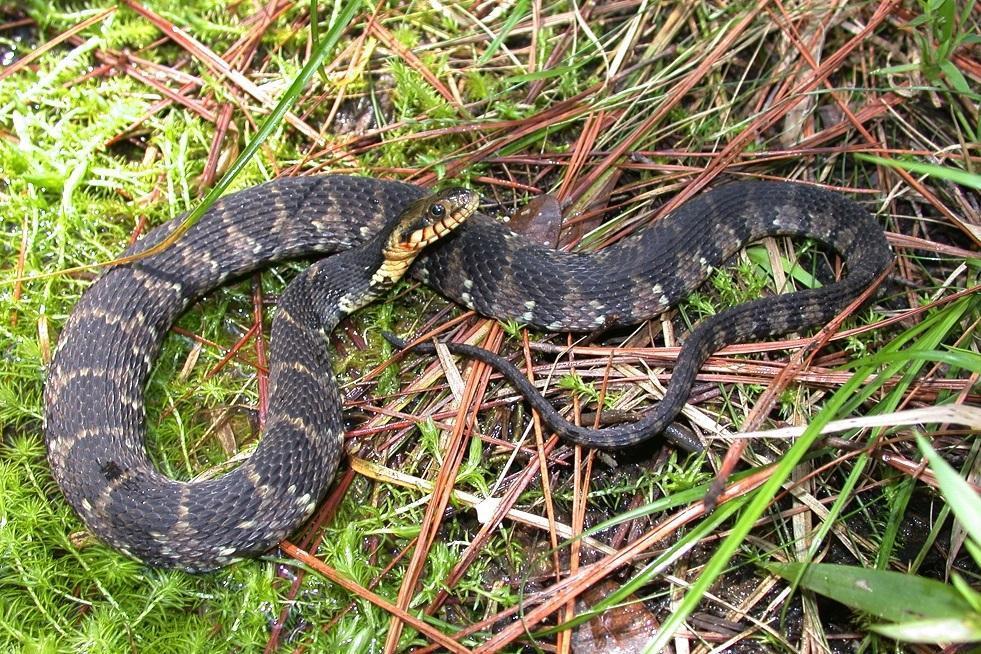 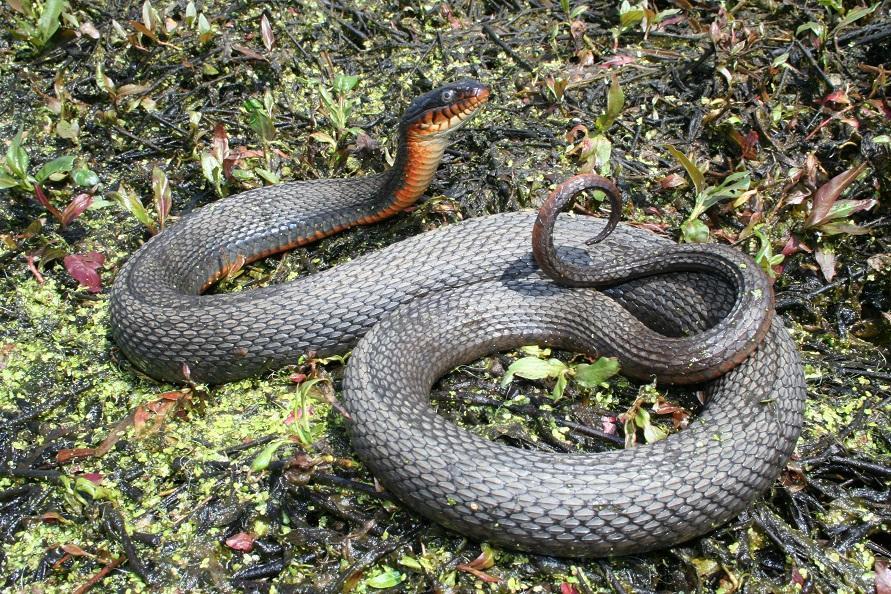