Native to most of North America, the species has a shiny, rubbery appearance, earning its name.

It is one of the smaller boa species, growing no longer than 1 foot to 2.75 feet (30-84cm) as adults. The only difference between males and females is that the latter is larger and heavier than the former.
Newborn rubber boas are 7-9 inches long.

They have small smooth scales that give the snake a smooth, wrinkly, ‘rubbery’ appearance. Colors may vary from gray and tan to various shades of brown, with a lighter belly of yellow, orange, or olive green.

The head is small and blunt, with a pair of small eyes having vertical pupils. There is no clear distinction between the head, neck, and the rest of the body.

Their tail looks similar to their head, with a thick blunt tip. Along with their unique body texture, the characteristic look of the tail helps distinguish this species from the others in its range.

Rubber boas are arguably the least threatening to humans of all snakes. Though they have teeth, they are never known to bite or strike, even when cornered. They make good pets and don’t mind being handled and cuddled.

The species is often used to help people slightly afraid of snakes overcome their fear.

The northernmost habitat for any boa, their habitat ranges from southern California in the south to British Columbia in the north; found in states including Oregon, Washington, California, Idaho, central Montana, northern Nevada, Utah, and western Wyoming

Meadows, grasslands, chaparral, deciduous, coniferous, and alpine forests; can be found under logs, rocks, and in rodent burrows; they cannot tolerate high temperatures but can withstand cold climates better than other snakes.

Being highly adaptable, they are good at climbing, swimming, and digging burrows. They brumate during winter in burrows and abandoned dens.

Various birds of prey, ravens, and carnivorous mammals like raccoons, coyotes, and bobcats.

When faced with a predator, these snakes bury their head and curl up into a ball, leaving the tail exposed, mimicking their head. So, when the predator catches up, it’s more likely to attack the tail first, giving the snake time to escape. However, the fact that they remain hidden and out of site most of the time keeps them safer than any other mode of defense.

Rubber boas can also secrete a foul-smelling fluid from their vent to keep enemies away.

They are nocturnal, being most active around dawn and dusk. Like all other boas, these snakes hunt by constriction. They attack the nests of small mammals to feed on all the babies while using their tails to ward off the mother and any other adult. Due to this, their tails often carry heavy scarring.

Mating occurs soon after the snakes come out of their brumation, in spring, with females reproducing only once every four years. The juveniles are born sometime between June and August of the same year.

An average litter contains 1-5 babies, but females can have up to 9 babies per litter.

Newborns have a transparent pinkish coloration and may look like a worm because of the similar width of head and body and the look of the tail. Their color darkens as they grow up.

Despite their great temperament as pets, breeding these snakes in captivity is not allowed. In fact, most snakes that are kept as pets are wild-caught.

The species may even be protected by wildlife protection laws in certain states. And it is illegal to collect or trade them between states. 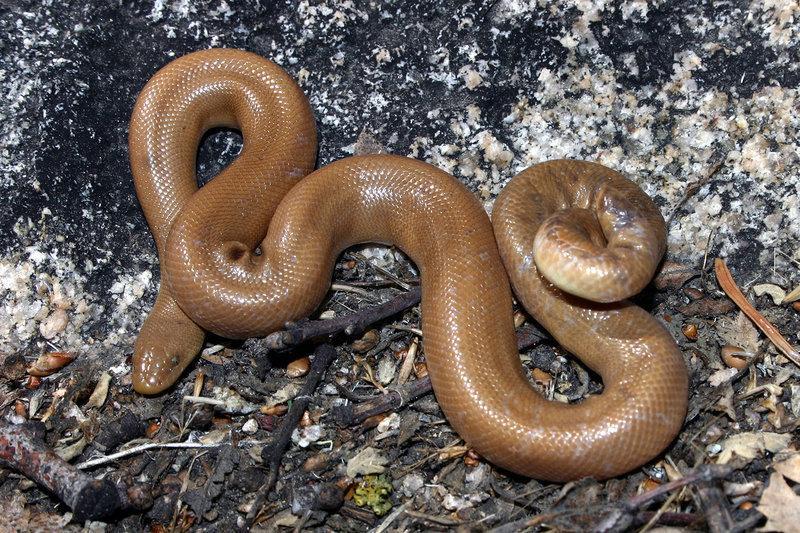