The size of the red rattlesnake exceeds 39 in (100 cm) on the mainland. Large males can exceed 55 in (140 cm) in length. However, individuals above 59 in (150 cm) are pretty rare. The largest recorded size of the species is 64 in (162 cm). The snakes found in the coastal regions are longer on average than those in the desert regions.

The reddish color of the body has earned the viper the specific name, ruber – the Latin word for red. It has a diamond-shaped pattern running along the middle of its back. Each diamond marking has light edges. A pair of anterior chin shields is formed by a transversal division of the first lower labial scale on each side. The dorsal scales are generally arranged in 29 rows but may vary between 25 and 31 rows.

The babies resemble the adults in their looks, but their bodies may be lighter shades of brown or tan than red.

The relatively mild-mannered, secretive snake rarely bites humans. If cornered, it puts its defense tactics like rattling, coiling, and striking into play. It only bites when stepped upon, handled, or startled.

The red diamond snake has a mild venom that is the least potent of all rattlesnake venoms. Still, its bite is a medical emergency and can be fatal if prompt antivenom treatment is not done. The bite symptoms include pain, massive tissue swelling, hemorrhagic blebs, ecchymosis, and necrosis. Systemic symptoms may include vomiting, nausea, clinical bleeding, coagulopathy, and hemolysis.

Red Diamond Rattlesnakes at a Glance

They live in the United States in southwestern California, southward through the Baja California peninsula. But their range doesn’t include the desert east of the Sierra de Juárez in northeastern Baja California.

They are also found in several islands in the Gulf of California, including San Lorenzo del Sur, Angel de la Guarda, San Marcos, Pond, Monserrate, Danzante, and San José. Off the west coast of Baja California, they inhabit Isla de Santa Margarita, which is off Baja California Sur, and Isla de Cedros.

The red diamond-backed rattlesnake prefers the dense chaparral regions of the foothills, boulders covered with brush, and cactus patches, from sea level to an elevation of 1,500 m. They are found in the cooler coastal zones, over the mountains, and into the deserts beyond.

Its predators are roadrunners, kingsnakes, and possibly owls.

After mating between February and April, the females give birth to 3-20 young in August. The neonates are 30-34 cm long. 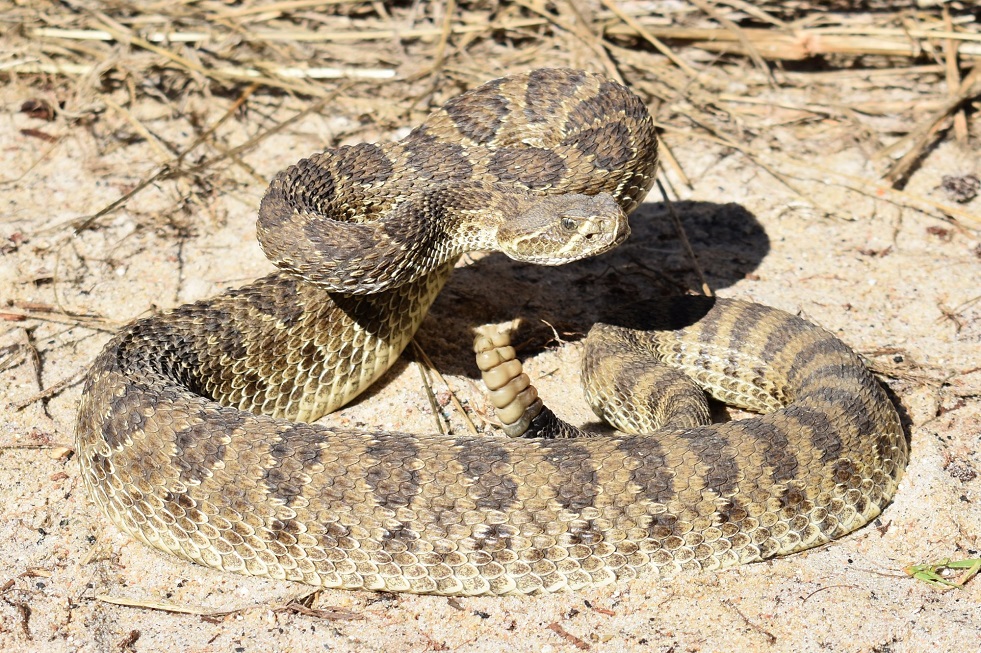 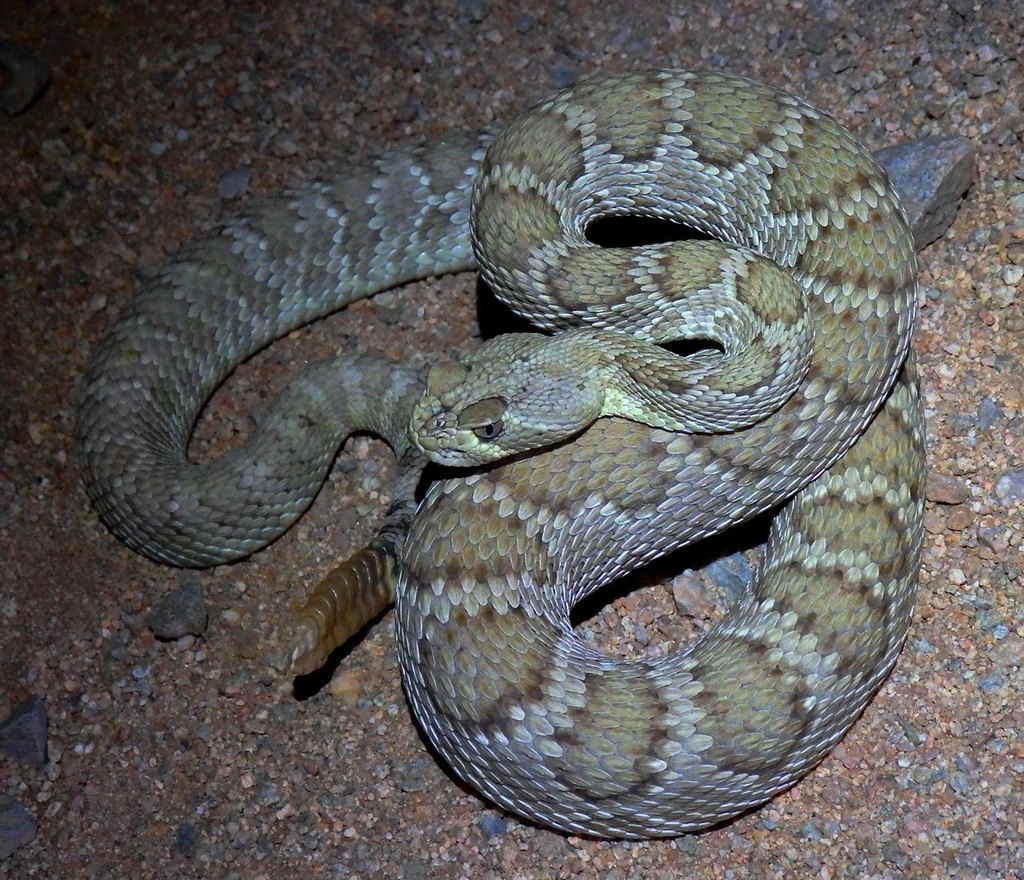 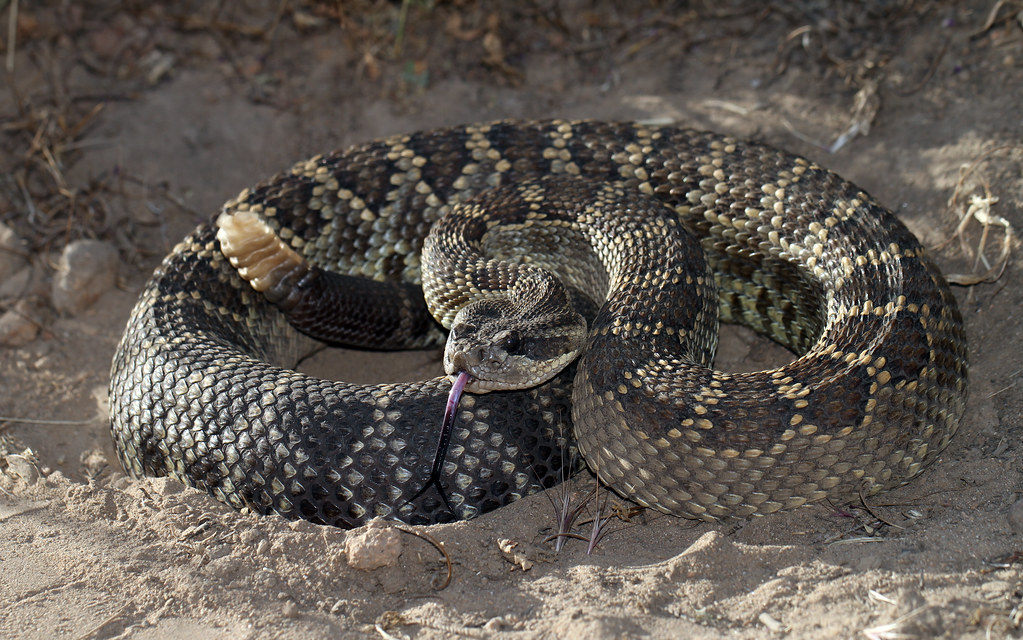 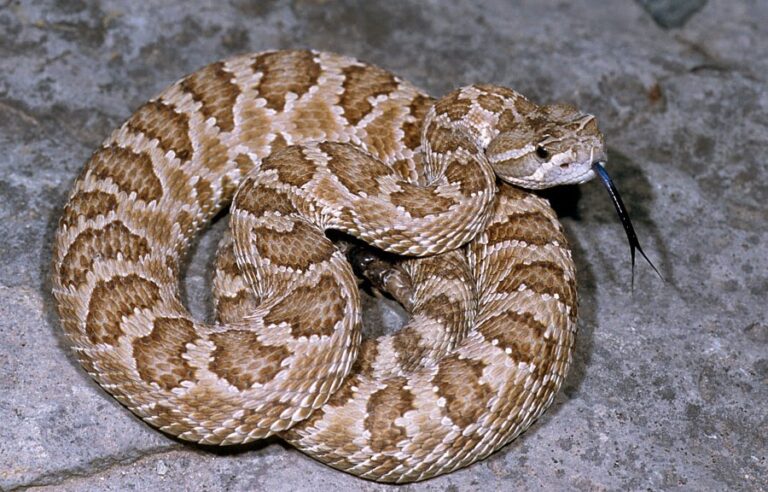