Rainbow snakes belong to the colubrid family and are among the most beautiful and rarest snakes in the United States. Their iridescent scales and colorful appearance earns them their name. Also known as eel moccasin, the snake has a few more common names, including the horned snake, red-lined or red-sided snake, sand snake, sand hog, and striped wampum.

Rainbow snakes grow rather long, with the average length being between 3ft and 4 ft (91 and 122 cm). The longest recorded specimens have measured up to 5.5 ft (168 cm). Like all other snakes, males are smaller than females but have thicker and longer tails.

They have one of the most striking colorations among snakes, with a bluish-black glossy, iridescent back having three vivid red stripes running down from head to tail. The sides of the head and body are yellowish, while the underside is reddish or pink, marked with black spots.

Though they have a short tail, the tip of the tail is pointy and is sometimes used by the snake as a probe. The eyes are small and dark. Juvenile snakes look similar to adults, usually only lacking any yellow.

These non-venomous snakes are not aggressive and do not bite even when captured.

Rainbow Snakes at a Glance

The coastal plains of southern US, from southern Maryland and Louisiana to eastern Louisiana, including eastern Virginia, parts of North and South Carolina, Georgia, Alabama, northern Florida, and Mississippi; not found in the Piedmont and mountain regions.

Active only at night, it’s pretty tricky to spot a rainbow snake as they spend most of their time underwater, hiding in vegetation or underwater debris. They are excellent swimmers and can dig burrows in sand and mud.

Not known; but their close relatives, the mud snakes, live for around 19-20 years, so this snake probably has a similar lifespan

Carnivorous mammals like opossums, raccoons, birds of prey like red-tailed hawks, and large snakes such as the eastern indigo snake

When threatened, they coil and uncoil their body, keeping their head low, and raise their tail threateningly. Their tails are not sharp enough to harm the predators, though.

Females lay eggs in July and leave them buried in sandy soil, where they hatch late in summer or fall. The young snakes remain in the nest till winter is over. An average clutch contains 20 eggs, but larger females may lay around 50 eggs in a clutch.

Not much is known about when they reach sexual maturity.

As mentioned, these solitary snakes prefer spending their time hidden underwater, so keeping them as a pet would not be a good idea. They are also considered endangered in certain states, so they are illegal to be kept as pets.

Q.2. Why did the southern Florida rainbow snake go extinct?

The population inhabiting Lake Okeechobee in southern Florida was referred to as the southern Florida rainbow snake. They were declared extinct in 2005, primarily due to habitat loss as a result of urbanization, development of dams, drought, and pollution. 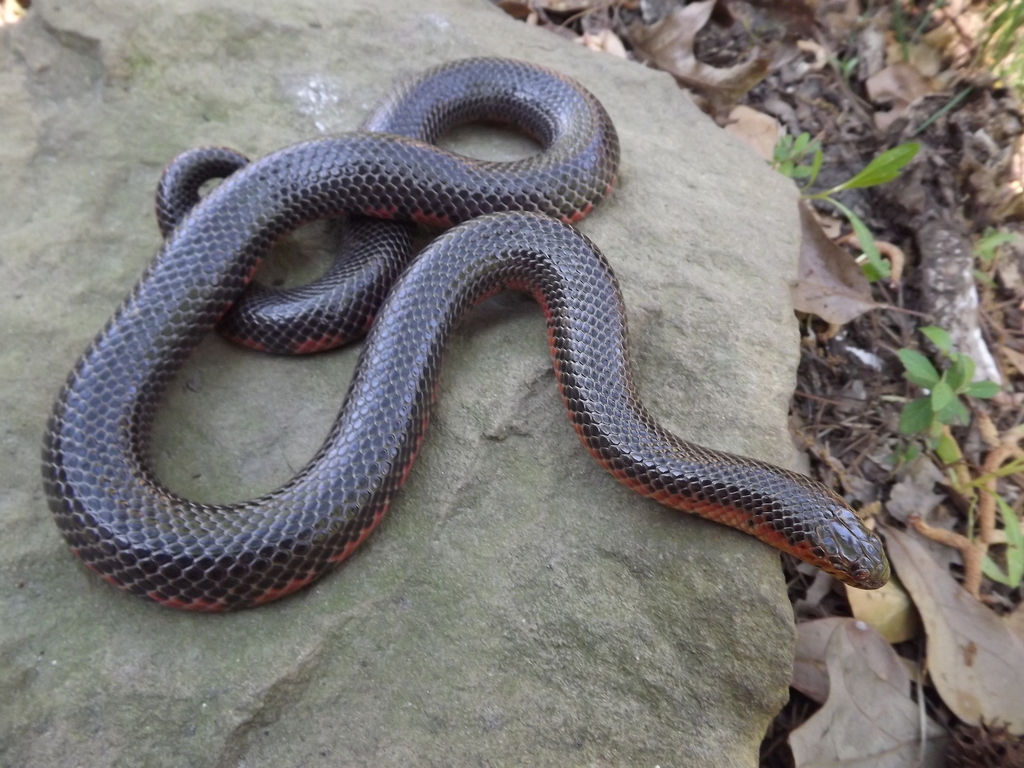