As the name suggests, the Puerto Rican boa is endemic to Puerto Rico and forms a large boa species. The terrestrial dark brown snake has a slender body. The ‘inornatus’ in its scientific name is the Latin word for unadorned, referring to the pale color of the snake without any hint of brightness.

Their color is pale to dark brown or gray with 70-80 darker blotches along their back from the neck to the vent. The irregular parietal scales are an identifying character of the species.

The Puerto Rican boa is harmless and poses no threat to humans. Still, many people react impulsively and kill the snake without any justified reason.

Puerto Rican Boas at a Glance

This species is found predominantly in the karst region at the northwestern tip of Puerto Rico.

It is found in rocky, wooded foothill regions, rain forests, and plantations.

These snakes primarily live in trees but descend to the ground in rocky areas. They mostly use trees and caves for foraging and resting. Besides these places, light gaps and forest edges are used for basking.

The lifespan of the snakes in the wild is unknown. In captivity, they can live up to 20 years.

It feeds on small mammals like bats and rodents, birds, and anole lizards. The nocturnal hunter seizes its prey with its jaws, coils around it, and then constricts it till it is suffocated.

They mate in spring at the start of the wet season. After around 6 months, the pregnant females give birth to 23-26 young boas. Only a single clutch is produced in a year. The babies can fend for themselves without needing extra parental care.

Q. Why is the Puerto Rican boa endangered?

Ans. During the initial few centuries of the Spanish colonization, this boa had a sizeable population, and the oil produced from its fat was a common export. But the oil trade coupled with deforestation has led to its falling numbers. The introduction of mongoose in its habitat by man to control the rodent population has also contributed to it. However, though federally listed as endangered, they are not as rare as they were once thought to be. They might be hard to spot in trees these days, but some regions do have a large 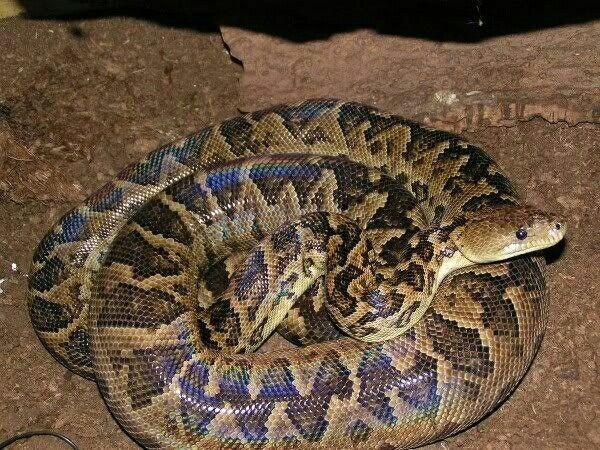