The Plains black-headed snake or plains blackhead snake is a harmless and secretive colubrid. The small, slender snake lives in the southwestern part of the United States. Its head is not distinct from its body and is characterized by a black cap-shaped marking that extends up to the neck.

The color of the body varies between tan to brownish gray, with no well-defined markings. Its common name is attributed to the dark, usually, black cap-like marking at the top of its small, triangular head. It extends beyond the head scales onto the neck by more than 3 scales and has a pointed or convex ending. The white belly has a narrow salmon or pink-colored stripe running down the center. The small and smooth dorsal scales lend the snake a glossy sheen.

The rear-fanged snake has a mild toxin but lacks a well-developed venom delivery system. As its venom is very weak, it is considered harmless to humans.

Plains Black-Headed Snakes at a Glance

It lives in grassy or rocky prairies or hillsides with moist soil. It is occasionally found in basements. Being fossorial, the colubrid prefers areas with loose soils that can be burrowed into.

The shy snake mostly hides in small burrows or leaf litter and is surface active at night. As it is prone to desiccation, it is unlikely to be surface active or beneath surface debris in dry seasons. It hibernates in the coldest months of the year.

It lives for around 15 years.

Its main enemies are birds of prey such as the great blue heron, semi-aquatic creatures such as the alligator, and other bigger snakes.

It eats spiders, centipedes, scorpions, and insect larvae, injecting its mildly toxic venom or saliva to subdue its prey.

Mating occurs in spring. A female can lay up to 3 extremely elongate eggs in spring or early summer, with hatchlings starting to emerge in summer. The juveniles resemble the adults in their looks and can fend for themselves. They attain sexual maturity when they are 6-8 inches long. 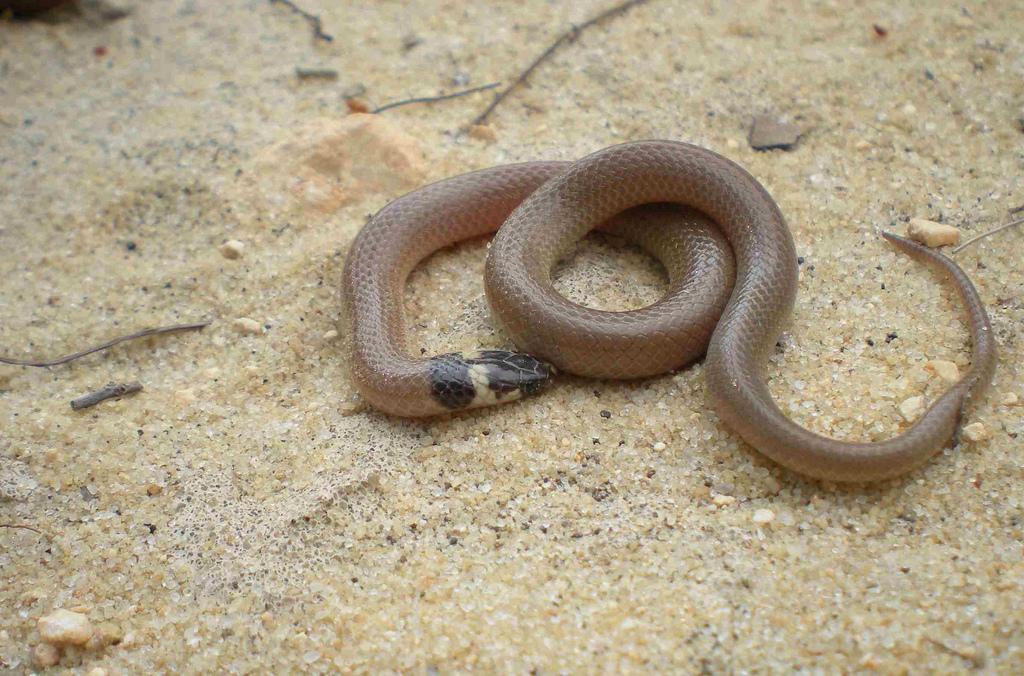