The Mexican hognose snake is a sedentary, slow-moving, and heavy-bodied colubrid. Its specific name, kennerlyi, is in honor of Carl Kennerly, a surgeon and explorer in Mexico and North America. Its stout body, combined with an upturned snout, helps it to burrow in leaf litter and dirt.

A Mexican hognose snake is reddish- or orangish-brown in color with blurry dorsal blotches that convert into stripes in the tail region. A light-orange-and-black checkered pattern marks its belly, and the snake is often wholly black on the underside of its tail.

Like other hognose snakes, an identifying feature of this species is its upturned snout or rostral scale that helps it to dig in loose soils with a sweeping, side-to-side motion. The scales are keeled, and there are 2-6 small scales immediately behind the upturned rostral scale.

Its bite, though non-venomous, has caused allergic reactions in some people.

When it feels threatened, it puffs up, hisses, flattens, and raises its head to feign an attack but rarely bites. If this strategy doesn’t work, it rolls over and plays dead. It does it by displaying a writhing behavior that abruptly ends in a belly up, mouth open, and tongue out position with no observable breathing. It remains so until the possible predator goes away.

Mexican Hognose Snakes at a Glance

It is endemic to northern and north-central Mexico and the extreme southwest of the US.

The Mexican hognose snake lives for about 12-20 years.

Not much is known about their enemies in the wild. Birds, large spiders, predatory mammals, and other bigger snakes are assumed to be their predators. Humans kill them, mistaking them for poisonous rattlesnakes.

The clutch size is typically 13.

Size of the Enclosure: A 10-gallon plastic tub or aquarium serves as an ideal terrarium for the sedentary snake that needs just a little space.

Temperature: A temperature of around 85°F should be provided in its enclosure, and there is no need for any basking light.

Humidity: It thrives in humidity levels between 30% and 50%. A shallow bowl of water should be provided in its enclosure.

Substrate: Any loose material like a few inches of aspen or sand (harder to clean and heavier) that allows the snake to burrow easily and stay dry is suitable. So the substrate should never be moist.

Feeding: The captives can be fed live lizards, pinky, or hopper mice. 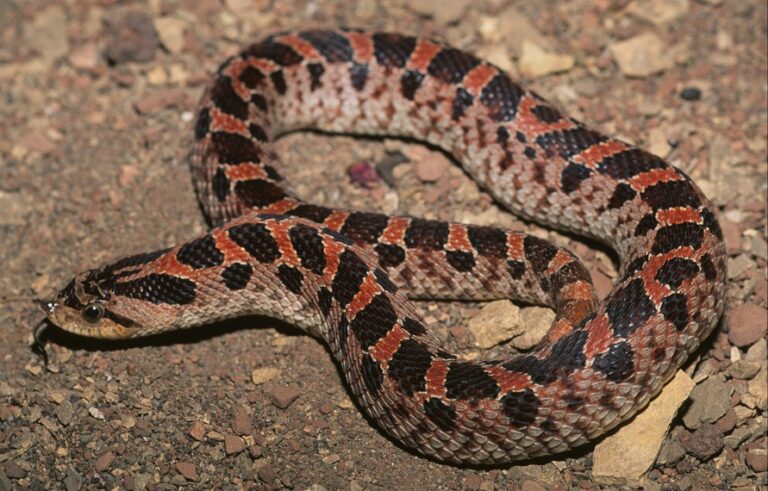 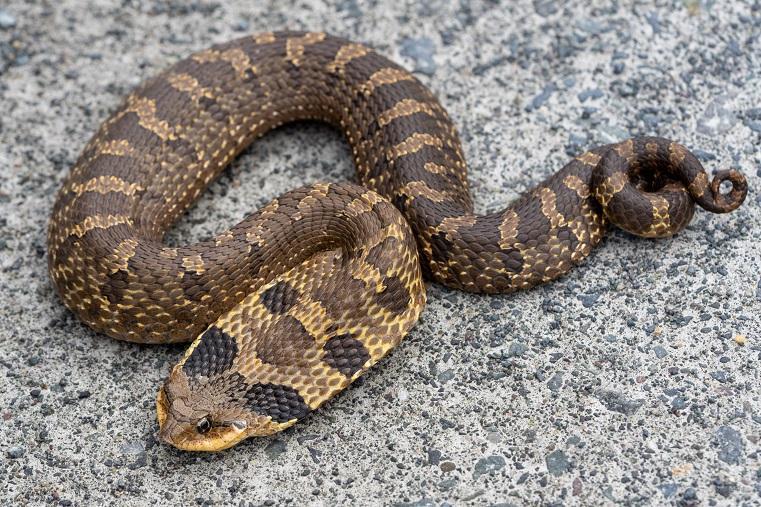 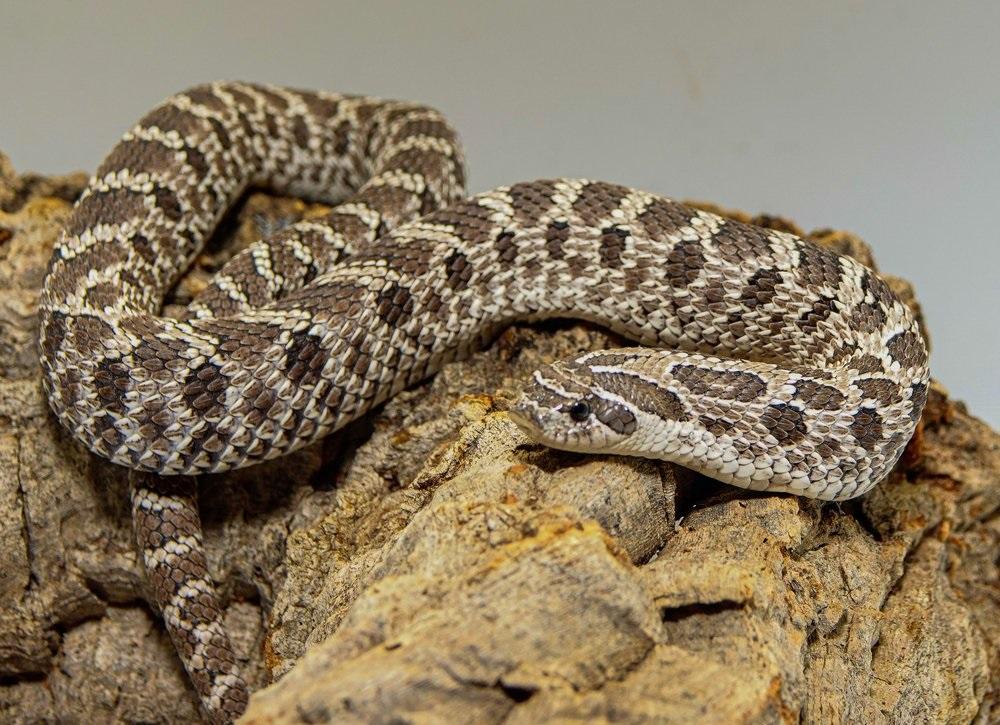