The eastern worm snake is a small, fossorial snake that is rarely seen, despite being pretty common in parts of its range, as it spends most of the time underground or in rotting logs. It is a subspecies of the worm snake, Carphophis amoenus, and is endemic to the Eastern Woodlands region of North America.

There are 13 rows of smooth and glossy dorsal scales on the body. It has one postocular scale and 5 upper labials. The body color is brown or dark brown with the belly being reddish. No patterns are present. A pinkish pigmentation on its venter extends to the first and second dorsal scale rows.

The small and conical head, no wider than the neck, assists it in burrowing into cracks and crevices. The eyes are black and reduced.

The shy, non-venomous snake is of no danger to humans. But when handled, it can defecate, secrete a foul-smelling musk from its cloaca, try to burrow between the fingers, and feel the hand with its tail spine. But it typically does not attempt to bite.

Eastern Worm Snakes at a Glance

Its activity period begins in the late afternoons and early evenings and seldom lasts more than twelve hours. The species doesn’t move much but has been found traveling 45 m in the course of a single day. The males travel farther than females. The annual activity period of the species varies with elevation and latitude.

The eastern wormsnake can live up to 4 years in the wild.

Barn owls, American robins, thrushes, opossums, and other snakes prey on the colubrid.

They mainly eat earthworms but can also consume other soft-bodied invertebrates like insect larvae.

Courtship and mating possibly occur in spring, as the sexes are often spotted together in late April and June. The developing eggs can be seen through the translucent belly of the female in late May and June. They are laid in clutches of 2 to 8 in late June and early July.

Size of the Enclosure: The ideal terrarium size of the species is 2 ft x 3 ft. A 10-gallon aquarium can also be used to keep the pet.

Temperature: The daytime temperature of the cage should be around 70-80°F without letting it drop below 67°F at night.

Humidity: They need a humidity level of 60-70%. The cage should have a bowl of water large enough for the snake to soak in.

Feeding: They can be fed earthworms, butterworms, waxworms, silkworms, snails, spiders, caterpillars, slugs, and soft-bodied larvae. A snake should be given several live worms once a week, occasionally supplementing them with slugs or other insects. 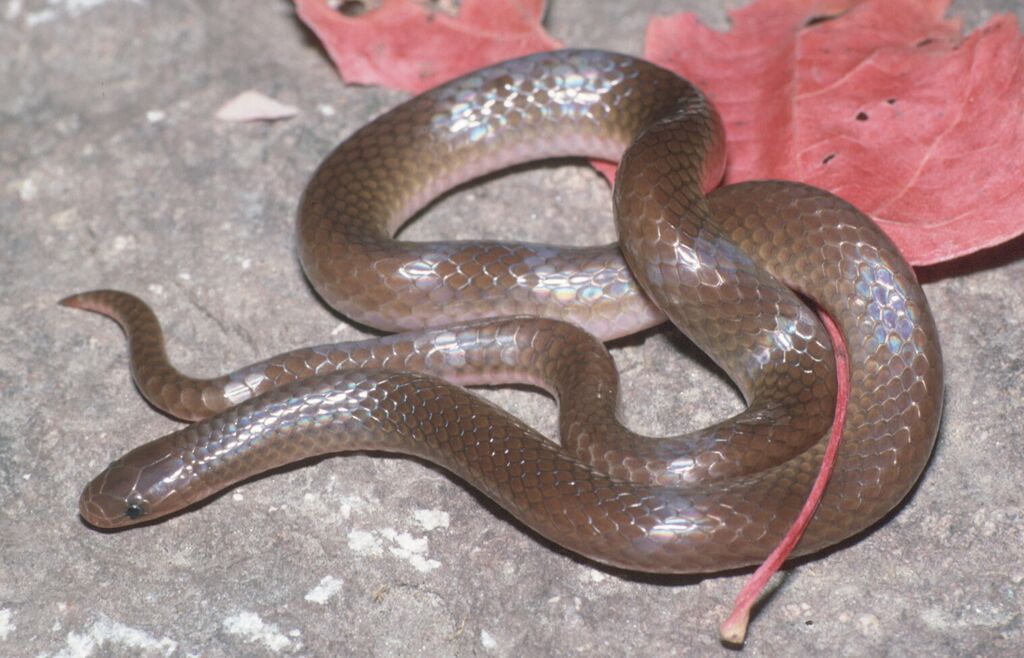