The eastern rat snake is a colubrid native to North America. It is also known by the names pilot black snake, pilot snake, black rat snake, and chicken snake. In Florida, it is called the Everglades rat snake and yellow rat snake. It is mainly nocturnal in summer and active during the day in the spring and fall. The pilot snake is an excellent climber and terrestrial burrower and may enter the water.

They are shiny black dorsally with a white or cream throat and chin. There is an irregular black and white checkerboard pattern on the belly that becomes uniformly slate gray towards the tail. Juveniles have a grayish ground color with dark dorsal blotches. The ventral pattern in the babies is the same as that in adults.

The eyes are round with black pupils. The babies have a distinct white margin to the eyes that is not always present in adults. The weakly keeled dorsal scales are arranged in 23-27 rows at the midbody.

When frightened, the pilot snake freezes. On being harassed, it releases a foul-smelling musk to deter its attacker. On further provocation, it can shake its tail, coil, and snap at its potential predator. But its bite is non-venomous.

Eastern Rat Snakes at a Glance

Its distribution is restricted in the northern limits of its range due to a lack of suitable hibernating sites. In such climates, it needs southern exposures for the maximum effect of the winter sun and basking areas in early spring and late fall. In Northern climes, it is active from late April to October, mating in May or June. Its active season is earlier in the South.

A variety of habitats are home to the pilot black snake. They include hardwood forests, farmlands, forested wetlands, fields, and thickets adjacent to forests, isolated urban backyards, and woodlots that have good prey species populations. It does very well in edge and early successional habitats.

It lives under board and rocks and in trees within knot holes, palm fronds, and under the bark. The arboreal snake can get into homes where it can live in attics undetected. It hibernates in deep crevices or underground during the winter. The black ratsnake can share the dens of other snake species like copperheads, timber rattlesnakes, and eastern racers.

The eastern ratsnake lives for 10-15 years.

Its predators include great horned owls, hawks (Buteo spp.), raccoons, foxes, and domestic cats. They are also killed by humans.

The adult constrictor mainly eats endotherms while the babies feed on ectotherms. Their diet is made up of lizards, rodents, frogs, and birds and their eggs. They can also eat chicks and young chickens. Hence the common name chicken snake.

The snake reaches sexual maturity when it is four years old. The males approach the females to start breeding and may have to fight with other males to do so. 5 weeks post-mating, 5-27 eggs are laid by a female in hollow fallen and standing trees, mulch and compost heaps, rotting logs and sawdust piles. After going through an incubation period of around 2 months, the eggs hatch from July through September. The hatchlings are just over a foot in length with a prominent gray and black pattern.

The copperhead, Agkistrodon contortrix, has a large, triangular head, while the head of the eastern rat snake is small and shaped like a turtle. The former has a heat-sensing pit on each side of the head below the eye and the nostril. Such pits are absent in black rat snakes. Plus, the venomous copperheads have vertical pupils resembling those of a cat.

The black racer, Coluber constrictor, has smooth scales, and the body color is matte black.

Size of the Enclosure: The minimum length of the vivarium should be 34 in (860 mm). It should be tall enough to allow the snake to climb, but an enclosure too tall can make the pet feel stressed.

Temperature: The warm end of the cage should be kept at 85°F while the cool end should be at around 75°F.

Humidity: The ideal humidity for the snake is 40-50%. A water dish should be kept inside the tank.

Feeding: They do best on a diet of frozen-thawed rats and mice. 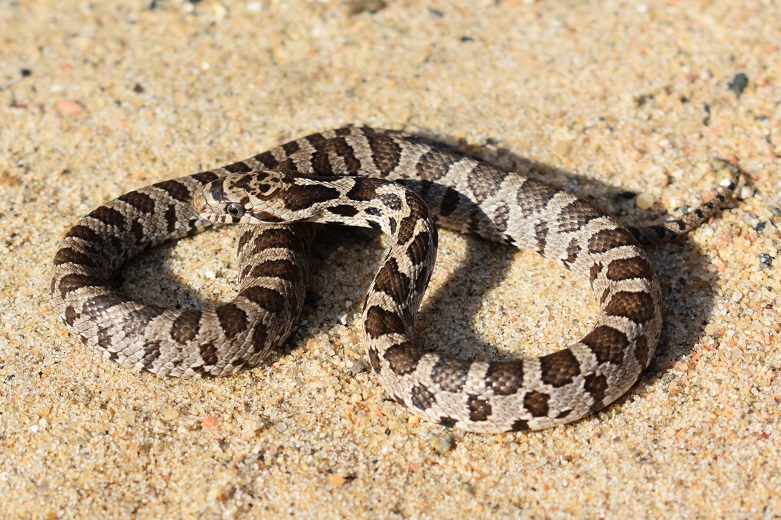 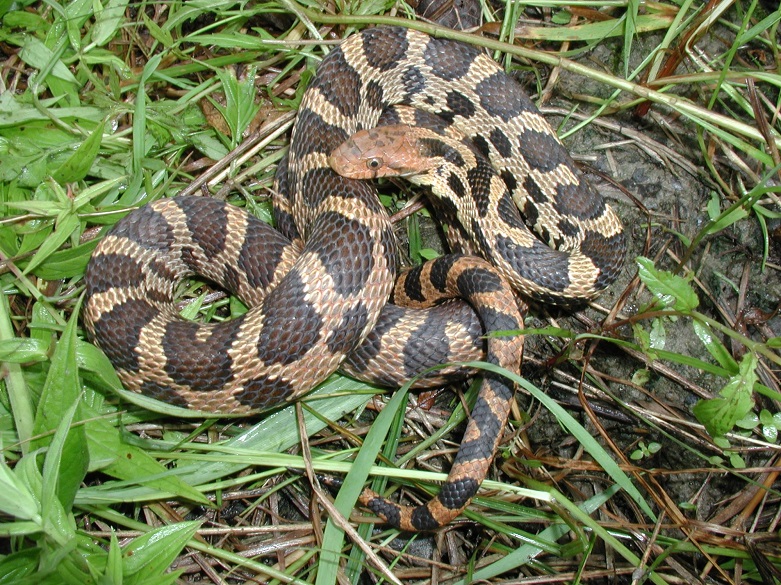 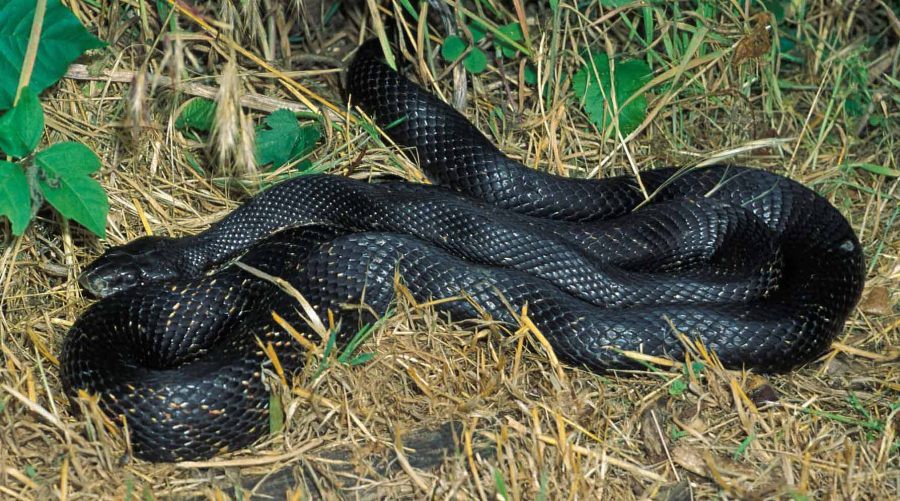 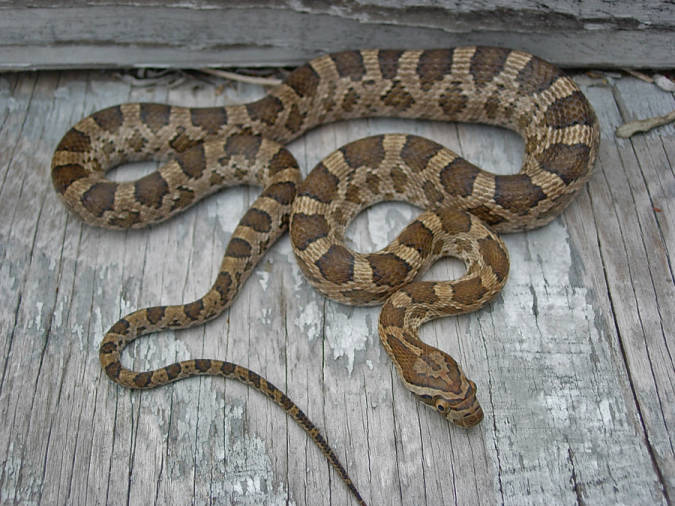