The black mamba, one of the world’s deadliest snakes, is endemic to sub-Saharan Africa. They are Africa’s longest and the world’s second-longest venomous snake, following the king cobra. British herpetologist Albert Gunther described the black mamba formally for the first time in 1864. The species described was the one that naturalist John Kirk collected during one of his expeditions.

The adults grow from 6 ft 7 inches – 9 ft 10 inches. However, longer specimens have been recorded, measuring between 14 ft 1 inch and 14 ft 9 inches. They have an average weight of 3.5 lb, though black mambas as heavy as 5.3 lb also exist.

Black mambas are not black but have varying coloration from olive to yellowish-brown to grey. Their underbellies have a lighter tone in comparison to their body, appearing grayish-white.

The inside of their mouth is either bluish-gray, or completely black, resulting in their common name, the black mamba. Their eyes vary from grayish-brown to shades of black, while the pupil has a yellow or silvery-white lining.

The juvenile black mambas are lighter than the adults, with their body color darkening with age.

These long snakes have a unique physical appearance due to their slender, cylindrically-shaped bodies. Their head is coffin-shaped, while the brow ridges are pronounced and prominent. They even have medium-sized eyes and long, thin tails. The black mambas are front–fanged, with their fangs 0.26 inches long positioned in front of their upper jaw.

The black mamba is ill-reputed for the speed and aggression with which they get at their victims. These snakes attack repeatedly and inject an immense volume of venom each time they strike. The venom is high in neurotoxicity, the symptoms becoming prominent within ten minutes of the bite. However, it is essential to know that they have a timid demeanor and would only attack when confronted or if their territory is encroached upon.

Some of the neurological signs that the victim may develop from a black mamba bite include drooping eyelids, metallic taste in the mouth, constricted pupils, blurred vision, slurred speech, muscle twitching, difficulty swallowing, and so on. Some generalized symptoms of a black mamba bite include vomiting, nausea, diarrhea, salivation, abdominal pain, sweating, red eyes, and goosebumps.

The World Health Organization classifies the snake as medically important. One could survive a black mamba bite if medical intervention begins at the earliest, lest one could collapse in less than 45 minutes. An improper antivenom treatment could lead the victim to develop respiratory failure and cardiovascular complications, resulting in death within 7-15 hours.

Of the several instances of the black mamba bite, a few deserve mention. Danie Pienaar, who headed the South African National Parks many times between 2009 and 2017, survived a black mamba bite in 1998 without envenomation.

Nathan Layton, a safari guide, wasn’t fortunate enough and died after being bitten by this snake on his index finger. He thought the snake had brushed past his hand and didn’t go for any treatment. In an hour, he had blurred vision, then collapsed and finally succumbed to the bite.

Black Mamba Snake at a Glance

They prefer moderately dry areas like rocky outcrops, scrublands, woodlands, and semi-arid savannas. As they mainly dwell in lowlands, it is not common to spot them at altitudes over 3300 ft. However, there are exceptions and in Zambia and Kenya populations have been spotted at 5410 ft and 5900 ft respectively.

These snakes are both arboreal and terrestrial. When on the ground, they inhabit termite mounds, rock crevices, tree cracks, and abandoned burrows. Mostly active during the day, South Africa’s basking hours spanned from 7 am -10 am and 2 pm – 4 pm. They are likely to bask in the same site every day.

They live for 11 years in the wild and 20 years in captivity.

They don’t have many natural predators, with the few being predatory birds like brown snake eagles, martial eagles, and tawny eagles. Mongooses and honey badgers have some resistance to the venom of the black mamba, making them predators of the snake. Nile crocodiles also eat these snakes, as evident from the contents in their stomach. The young black mambas inhabiting the Serengeti National Park are often preyed by hooded vultures, southern ground hornbills, and marsh owls.

They prey upon young birds, mainly the fledglings and nestlings, and mammals such as bushbabies, hyraxes, bats, and rodents. Though these snakes feed on warm-blooded prey, they might also consume other snakes. They have a unique way of attacking their prey. Instead of holding on to them after biting, the black mamba releases its foe, waiting for them to get paralyzed and die. They take around 8-10 hours to digest their prey completely.

The black mambas mate during summer or spring. One of the mating rituals followed by the male snake is to make an oscillating movement over the female’s dorsal side, flicking out its tongue. The female gives consent raising her tail and remaining still. The male then proceeds ahead, coiling itself around his partner’s back and aligning its tail to her in a vertical and lateral posture. The process lasts more than 2 hours, with the male and female staying motionless other than the spasms made by the former occasionally.

They are oviparous, the females laying 6-17 eggs in a clutch. The eggs appear oval-shaped, 2.4 to 3.1 inches long, and 1.2 to 1.4 inches in diameter. The young are 16-24 inches long when hatched. The juveniles are as deadly as their adult counterparts.

The green mambas have pink mouths against the black mouths of the black mambas.

The king cobras weigh almost twice the black mamba. However, the former’s venom is weaker than black mambas by about five times.

Q. What is the speed of a black mamba?

It is one of the fastest snakes in the world, moving up to 12.5 miles per hour.

Q. Can black mambas be kept as pets?

No, since they are agile, with a high venom level, quite challenging to control. 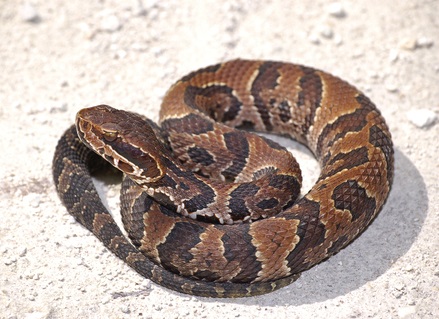