The aquatic garter snake is a colubrid snake that is closely related to an aquatic habitat. It is native to the western United States and is an expert at escaping.

There are two colored morphs of the aquatic garter snake. One has a blue-gray background with a faint olive dorsal stripe and white dots along the sides. Another has a yellow dorsal stripe with black marks along its sides.

The dorsal color of the snake varies a lot. They can be dull gray with alternating rows of darker blotches at the sides, dark brown with indistinct borders, or almost entirely black. A long yellow stripe traversing the dorsum may be present, absent, confined only to the neck, or poorly defined. Their throats and bellies are yellow or whitish.

On being threatened, the snake takes shelter in a nearby source of water. It is harmless to humans since it is non-venomous.

Aquatic Garter Snakes at a Glance

It lives exclusively along the Oregon coast and in California.

The aquatic garter snake is most commonly found on the edges of woodlands, brushlands, grasslands, and forests near marshes, ponds, streams, and lakes.

It basks on vegetation and boulders mid-stream and along banks. It takes cover under rocks and among exposed tree roots underwater. Though it is closely tied to water bodies, sometimes individuals can travel long distances over land.

Hawks, herons, crows, cranes, egrets, raccoons, otters, and other snakes (such as kingsnakes and coral snakes) eat these snakes.

It quickly grabs its food with its mouth and swallows it whole. In shallow water, it circles its prey and strikes it when it tries to escape. Occasionally, when foraging in a stream, it flicks its tongue above the water surface to make it look like an insect small fish eat, thereby luring its prey into its mouth.

3-12 young form a brood. Though the litter size is small, it can have several litters in a year. 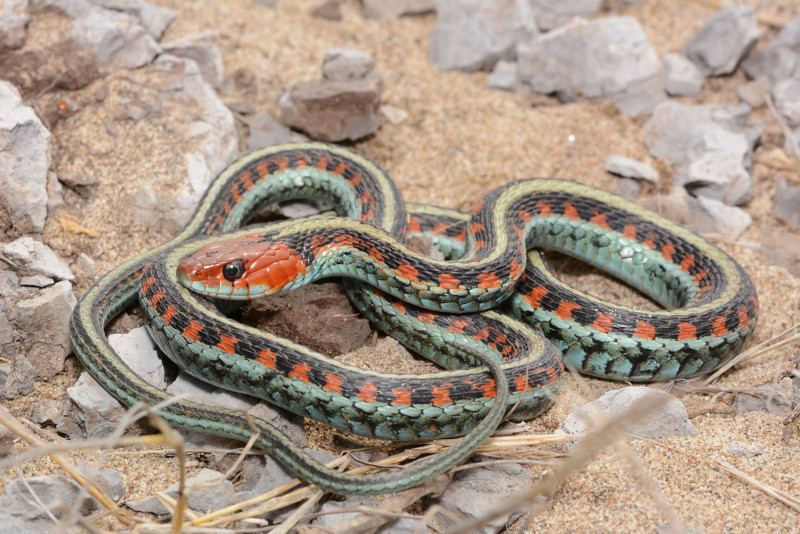 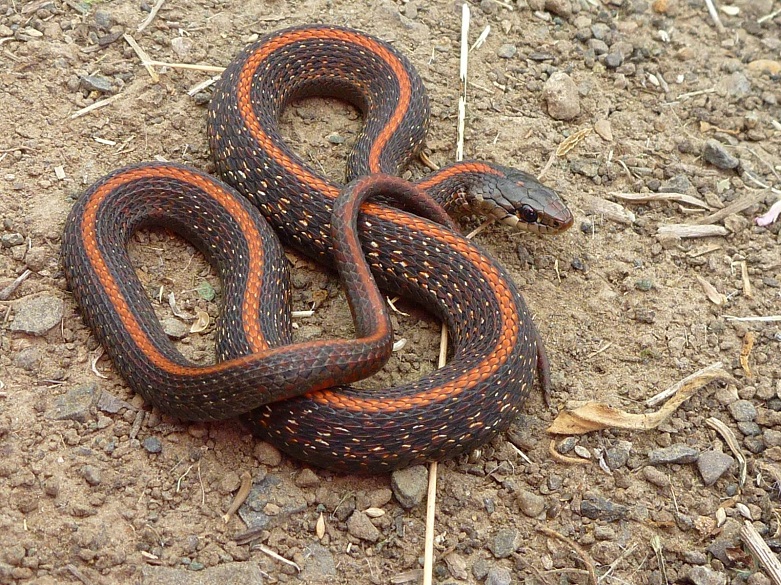 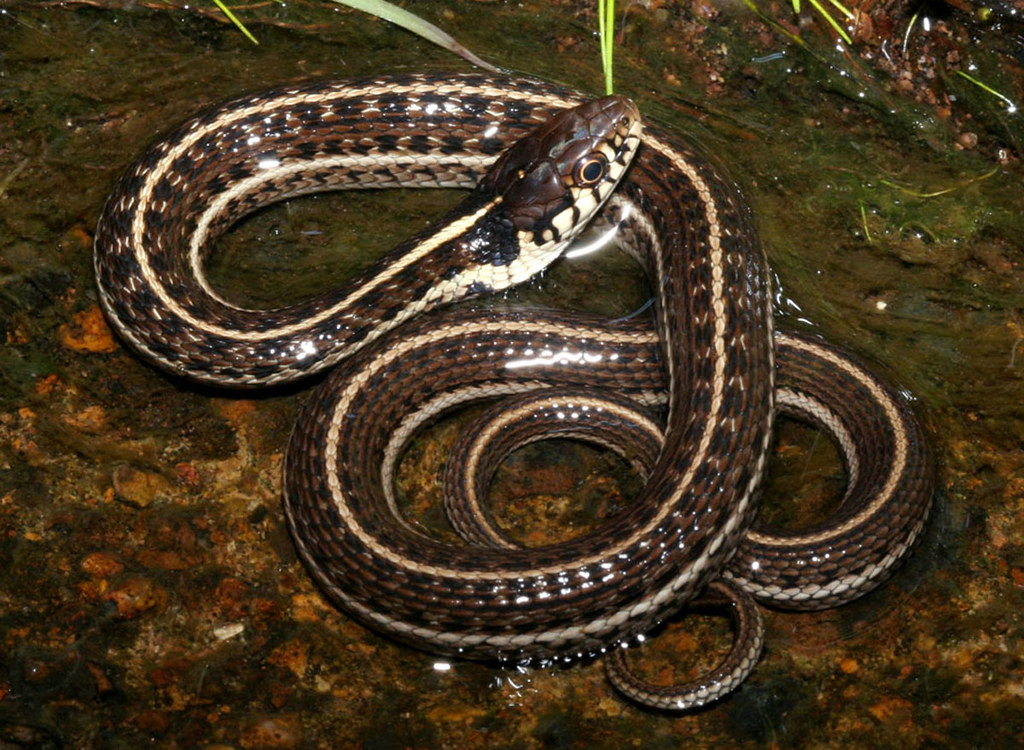 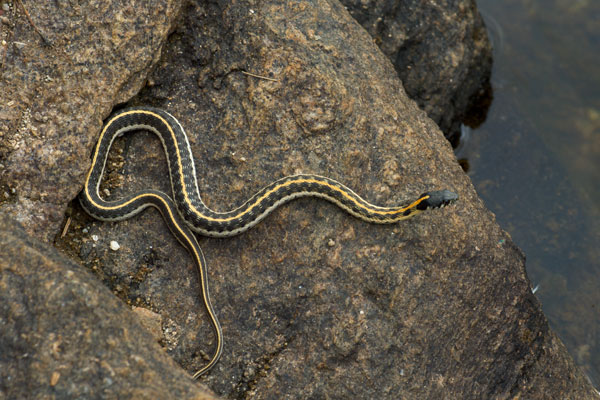